SPDC: That’s what friends are for

What does SPDC mean? This was the first question I asked Dulce when she invited me to attend the anniversary party last month. I had no idea what these letters meant, so she just said: If you like to gather stories from elder people, you need to visit us. You will understand.

This was all I needed to know.

On Saturday October 27th I took a taxi and went to Cinelandia square, where the majority of the buildings are usually closed and, on the streets, you see very few people walking, considering it is not a working day. But this was not happening at SPDC – as soon as I entered the room, I saw a lot of people, they were talking and all very happy to see each other again. After greeting my friends Dulce and Heide, they introduced me to several ladies that impressed me, considering their ages, above 80’s, they were all looking very pretty and enthusiastic to be at the party.

The place didn’t look like a typical classroom, although it had student chairs. There was something peculiar that caught my attention: a stage. That’s right, a stage where people can act, sing or dance. I was starting to feel curious about it.

When the presentation started Dulce, which plays the role of SPDC’s secretary, together with Paulo, the president, and Suzana, the vice-president, they honored Mr. Palmer with gratitude, because the foundation of this center was promoted by him 86 years ago. He was an english man that loved Brazil and especially Rio de Janeiro, and in order to retribute this welcome from the people, he created this place, with volunteers, to help people practice their english language. Note that there is no teaching for those interested in learning english from the beginning, the members need to know already the basics and at the center they will practice by listening and speaking. SPDC stands for Standard, Phonic Drill Center. 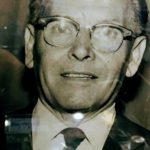 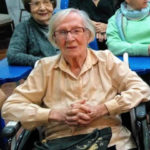 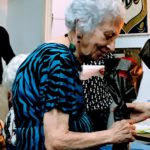 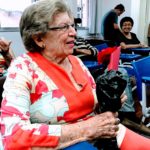 What is more amazing is that this movement not only created a place for english practice but also a big family, where members have created affective bonds after years of acquaintanceship. Some of them have been at SPDC for over 50 years.

David, that was 101 years old when he passed away this year, was the oldest member to attend the meetings at the center, until his 98th birthday.

Dulce, my friend from circular dance that invited me to this party, she is 75 years old and has been a member since 1996, initially with english and lately with French also.

Idalina, 97 years old, was next to me, sitting close to her friends, she was awarded with the gratitude rose – as they nominated, representing the oldest members. Other people were also mentioned, like Cecile that represented the coaches, Antonio Claudio representing the new generation, Chagas for the board of directors and several other members that have contributed keeping the SPDC spirit alive during all these years.

After all roses were distributed, the talented stars were called by Suzana to go to the stage and perform their songs, all in english of course. This is when I felt so surprised to see members of different ages, performing their own song selections and being as real stars. I wish I could sing just as they did. Fantastic!!

Flavio started singing “Just the way you are” from Billy Joel, remembering my youth! Great interpretation only with vocals. Antonio Claudio from the new generation, performed “Stardust”, from Nat King Cole on a beautiful interpretation. Jose Milson was totally Frank Sinatra when I saw him on stage, with his “Dancing cheek to cheek”. Leonel sang “You and I” with his powerful voice 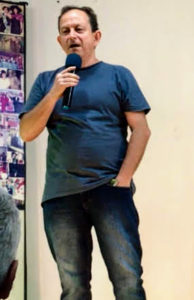 Flavio “Just the way you are” 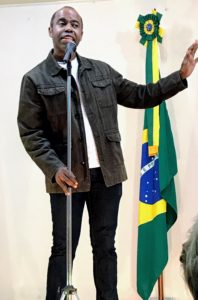 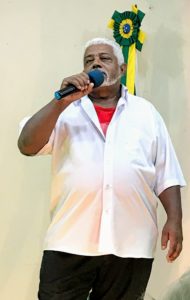 Leonel “You and I”

Then Djalda, amazing at her 90’s, with her beautiful long dress matching a brown skirt and a yellow blouse decorated with glittering gold flowers at her waist, just like a diva, as they called her when she stood up and performed “As time goes by” from Casablanca movie.

She was also awarded for her amazing performance as a super star. 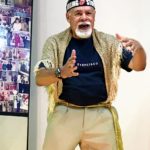 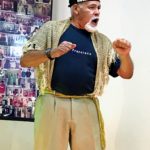 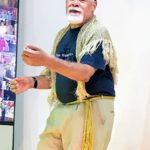 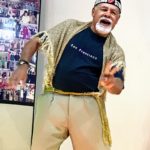 If you ask them what SPDC represents for them, they would say: Friendship and Solidarity. That’s true, what other place will encourage this type of confraternization where people, regardless of age, can go once a week to read texts, practice pronunciation, talk with friends, have coffee with cookies, sing, play roles, perform? Not only this, but a place where members, teach and learn at the same time, no matter what age they have, because they feel happy to be able to help others.

And this is the reason why, at the end of the celebration, all of us sang “That’s what friends are for” from Dionne Warwick.

Super stars singing “That’s what friends are for”

Long life for SPDC and this inspiring spirit of friendship.

Amaridades brings one more story of people that live their life with joy, feeling proud of the knowledge they have and being able to share with others, no matter how old they are. 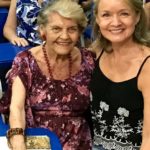 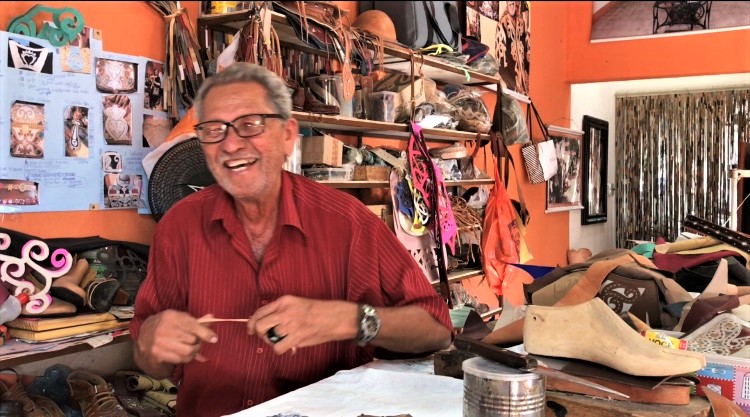 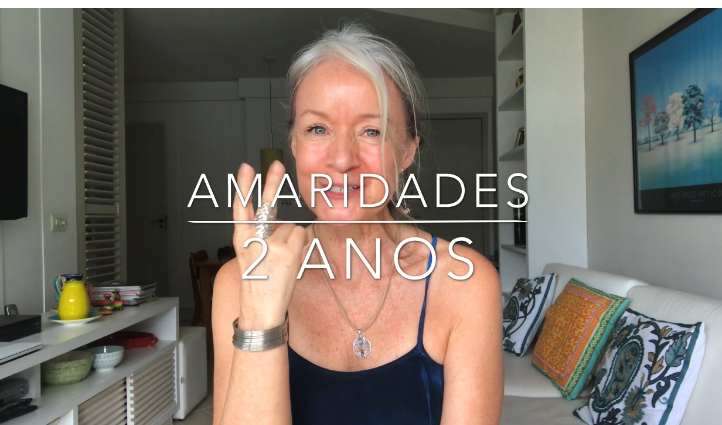